Born from the reformed three-time MAMA nominated alternative rock crew “The Station,” the foursome Sinstation from Vilnius, an alternative music band emerged a few years ago into the Lithuanian alternative scene. The group is known for its ambitious live shows, fiery guitars, loud Moog synthesizers, and existential poetry written by the frontman Mykolas Katkus.

Their music depicts an overheated world, a phrase borrowed from Thomas Hyland Erckssen, “the accelerated and intensified contact which is a defining characteristic <…> leads to tensions, contradictions, conflict and changed opportunities in ways that affect identity, the climate and the economy”. In other words, the album takes an ambitious dive into the shit which we all experience daily.

In their new album, fittingly called “In Flames” or “Flame 3,” Mykolas Katkus, inspired by “Ok Computer,” writes his verses from the perspective of different people and delves deep into the emotions and tensions of today. Isolated sadness of those trying to live lives of the rich and beautiful via social media (Instablues), internal and external violence of outcasts who long to go back to the time of simple choices (Singularity), a lullaby for the ignorant society that believes in linear progress (Automatika) or generational conflict (“Dugne,” narrated by legendary Lithuanian DJ Rimas Šapauskas).

Sinstation marries guitars (Mantas Zigmantas is an acclaimed guitar player) with Korgs and a collection of Moog synthesizers in a similar fashion like “Nine Inch Nails” or “Goldfrapp.” Still, the sound of Sinstation – which they call sinpop – is equally rooted in the catchy eighties post punk pop of “New Order” and “Depeche mode” and modern rock noise and beats. 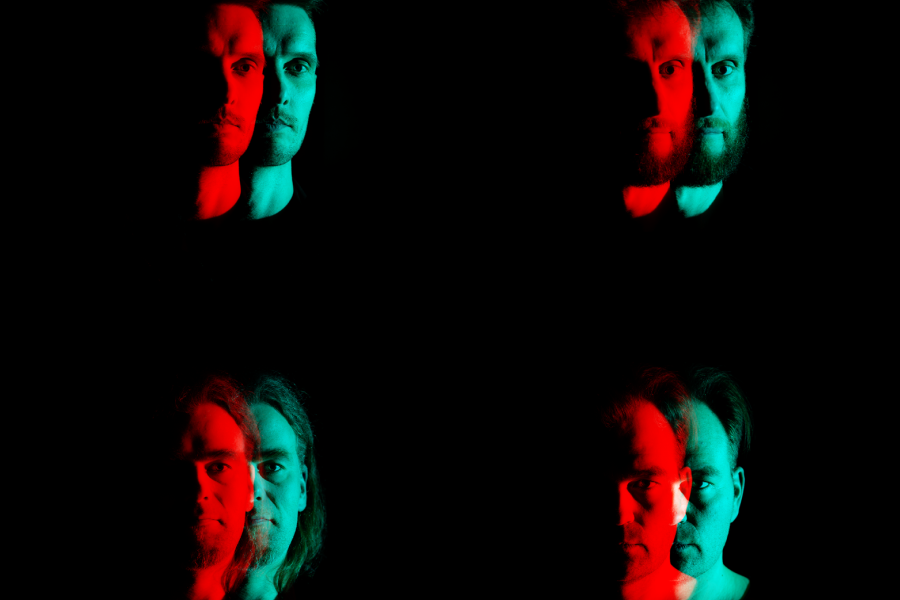